Q: According to the Butterball corporation, they recommend that you thaw a wrapped turkey in the refrigerator how long per 4 pounds of bird?
A: One Day per 4 Lbs.

Q: Thanksgiving is celebrated only in the United States. True or False?
A: False, Canada also celebrates Thanksgiving

Q: The Greek Goddess of Corn is?
A: Demeter

Q: The first department store to hold a Thanksgiving parade was?
A: Gimbel’s

Q: What is the name of the famous rock credited to where the Pilgrims first landed?
A: Plymouth Rock

Q: Butterball says that once the turkey is done, you should let it stand for 15 minutes before serving. Why?
A: To let the stuffing cool a bit before you take it out.

Q: The Indians who were invited to the Thanksgiving feast were?
A: The Wampanoag tribe.

Q: Who was their chief?
A: Massasoit

Q: What was the name of the ship the pilgrims came over on? Who was the captain of this ship?
A: Mayflower and Christopher Jones

Q: Thanksgiving became a national holiday thanks to this woman who was an editor of a woman’s magazine called “The Godey’s Lady’s Book”. Who was she?
A: Sarah Hale hand wrote letters to Congress for years to establish Thanksgiving

Q: Which President was the first to establish Thanksgiving as a legal national holiday to be held the 4th Thursday in November?
A: Franklin D. Roosevelt

Q: In Canada, they celebrate Thanksgiving in what month?
A: October- the second Monday in October

Q: The term “Cornucopia” means what?
A: Horn of Plenty

Q: What was the original name for the pilgrims?
A: Puritans

Q: Butterball recommends that you cover the breast and the top of the drumsticks with aluminum foil when?
A: When it is 2/3 cooked so that they are not over cooked

Q: What part of the turkey is saved and snapped as a superstitious good luck custom?
A: Wishbone

Q: The word turkey is said to come from the Hebrew word “Tukki” which means?
A: Big Bird or Pheasant Bird

Q: Which President moved Thanksgiving up one week to help stimulate the Christmas shopping economy?
A: Franklin D. Roosevelt

Q: What is the name of the book that Governor William Bradford wrote telling of the troubles and experiences of the pilgrims?
A: Of Plimouth Plantation

Q: What poet wrote “The Courtship of Miles Standish?”
A: Longfellow

Q: True or False- The pilgrims took beer with them on their voyage.
A: True, in fact, John Alden was a cooper who made the barrels

Q: True or False- Butterball says that when making your turkey stuffing, you should have all the ingredients already cooked before you put it into the bird.
A: True, you should make it right before stuffing the bird; not hours or days earlier.

Q: The town of Plymouth, Massachusetts celebrates this on December 11 every year?
A: Forefather’s Day, in honor of the people who founded Plymouth colony in 1769.

Q: True or False- The real Plymouth rock is cracked?
A: Cracked during the revolutionary war.

Q: True or False- Indian corn is for decoration purposes only and not for cooking.
A: True, it is very a very hard variety of corn.

Q: In what year did the first Macy’s Thanksgiving parade take place?
A: 1924

Q: True or False- Thanksgiving is a religious holiday.
A: False, It is a harvest celebration with no religious ties.

Q: Butterball says the best place to put the meat thermometer in the turkey is?
A: Thigh

Q: Why is the male turkey often referred to as “Tom Turkey After Thomas Jefferson?”
A: Because Jefferson was opposed to the idea of a turkey as our national bird.

Q: how many pilgrim women survived to celebrate the first Thanksgiving in 1621?
A: Five women.

Q: The first Thanksgiving in 1621 was believed to have lasted how many days?
A: 3 days

Q: By the 19th century, celebrating Thanksgiving is said to have been the origin of what table tradition?
A: Having a kiddies’ table for the children to eat at

Q: On June 20, 1998, in Bellevue, Ohio Dale Gasteier built at 52 foot what to celebrate the American Thanksgiving holiday?
A: A 52’ free-standing illuminating star

Q: Every year the President of the US pardons a turkey and it goes to a public farm called Frying Pan Park, Herndon, VA. Which president is believed to be the first to pardon a turkey and start this annual tradition?
A: President Harry Truman in 1947

Q: Before being harvested and sold, an individual cranberry must bounce at least how many inches high to make sure they aren’t too ripe?
A: 4 inches

Q: The busiest travel day of the year is?
A: The Friday after Thanksgiving

Q: True or False- The first meal eaten on the moon by astronauts Neil Armstrong and Buzz Aldrin was a roasted turkey dinner with all the trimmings?
A: True, but we wonder if they drink TANG?

Q: Which balloon was the first balloon in the 1927 Macy’s Thanksgiving Day Parade?
A: Felix the Cat

Q: True or False- Turkeys can drown if they look up in the rain?
A: True, It’s Easy to do.

Q: In October of 1777, George Washington declared an “All Colony Thanksgiving” because he was feeling really good due to?
A: The victory over Saratoga

Q: True or false- Historians have proven that the Pilgrims didn’t really wear those funny hats and buckles on their shoes?
A: False, No one knows how the Pilgrim to imagine began.

Q: Under which president did Thanksgiving become an annual holiday?
A: Abraham Lincoln

Q: In 1943, Norman Rockwell created his famous “Freedom From Want” illustration by using a Thanksgiving dinner as an example of this. This illustration first appeared in which magazine?
A: The Saturday Evening Post

Q: Back in the early 1600’s, the pilgrims didn’t have which this utensil to eat their Thanksgiving meal with?
A: Forks, they had not been invented yet.

Q: How many pilgrims were on the Mayflower?
A: 102

Q: How long was the voyage from England to the New World?
A: 66 Day

Q: Approximately how many turkeys are eaten each year on Thanksgiving in the United States?
A: 280 million

Q: Of the original 102 pilgrims that came, approximately how many survived to celebrate the first Thanksgiving?
A: 50

Must Read About Happy Thanksgiving  :

But the best thing that makes you feel superb is to ask these Thanksgiving trivia questions and answers to your friend while face to face conversation. This way of sharing fun Thanksgiving trivia will spread much fragrance among the people getting all together for the upcoming Thanksgiving party. Trim and select the special Thanksgiving facts and trivia for your friends and family for all the members you love a lot.

1. Thanksgiving Day is celebrated on the fourth Thursday in November in the United States.

2. Thanksgiving Day is celebrated on the second Monday in October in Canada.

3. The Plymouth Pilgrims were the first to celebrate the Thanksgiving.

4. The Pilgrims arrived in North America in December 1620.

5. The Pilgrims sailed across the Atlantic Ocean to reach North America.

6. The Pilgrims sailed on the ship, which was known by the name of ‘Mayflower’.

7. They celebrated the first Thanksgiving Day in the fall of 1621.

8. They celebrated the first Thanksgiving Day at Plymouth, Massachusetts.

9. The drink that the Puritans brought with them in the Mayflower was the beer.

10. The Wampanoag Indians were the people who taught the Pilgrims how to cultivate the land.

11. The Pilgrim leader, Governor William Bradford, had organized the first Thanksgiving feast in the year 1621 and invited the neighboring Wampanoag Indians also to the feast.

12. The first Thanksgiving feast was held in the presence of around ninety Wampanoag Indians and the Wampanoag chief, Massasoit, was also invited there.

14. President George Washington issued the first national Thanksgiving Day Proclamation in the year 1789 and again in 1795.

15. The state of New York officially made Thanksgiving Day an annual custom in 1817.

16. Sarah Josepha Hale, an editor with a magazine, started a Thanksgiving campaign in 1827 and it was the result of her efforts that in 1863 Thanksgiving was observed as a day of national thanksgiving and prayer.

17. Abraham Lincoln issued a ‘Thanksgiving Proclamation‘ on third October 1863 and officially set aside the last Thursday of November as the national day for Thanksgiving. Whereas earlier the presidents used to make an annual proclamation to specify the day when Thanksgiving was to be held.

18. President Franklin D. Roosevelt restored Thursday before last of November as Thanksgiving Day in the year 1939. He did so to make the Christmas shopping season longer and thus stimulate the economy of the state.

19. Congress passed an official proclamation in 1941 and declared that now onwards Thanksgiving will be observed as a legal holiday on the fourth Thursday of November every year.

20. Benjamin Franklin wanted the turkey to be the national bird of the United States. But it was Thomas Jefferson who opposed him. It is believed that Franklin then named the male turkey as ‘tom’ to spite Jefferson.

22. Californians are the largest consumers of turkey in the United States.

23. When the Pilgrims arrived in North America, the clothing of the Native Americans was made of animal skins (mainly deer skin).

24. On December 11, 1620, the first Pilgrims (or Puritans, as they were initially known) landed at Plymouth Rock.

25. By the fall of 1621 only half of the pilgrims, who had sailed on the Mayflower, survived. The survivors, thankful to be alive, decided to give a thanksgiving feast.

Thanksgiving Day is a very important day in the United States. Thanksgiving is the perfect time when we all share wishes, gifts, and greetings to each other. We also celebrate the huge Thanksgiving party with our relatives, family members, & friends etc. There are many things that are especially related to the celebrations of the Thanksgiving Day. These include Thanksgiving turkey trivia, pilgrims, Thanksgiving proclamation, Thanksgiving as a national holiday and other things. Some of such facts are mentioned above which will not only help you enhance your knowledge about Thanksgiving Day but also make you enjoy this day with even more zeal. If you like or want to share then you can share these Thanksgiving trivia facts images to your friends or on social sites like Facebook, WhatsApp, Twitter and other. 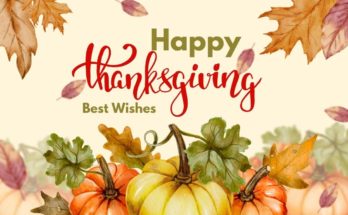 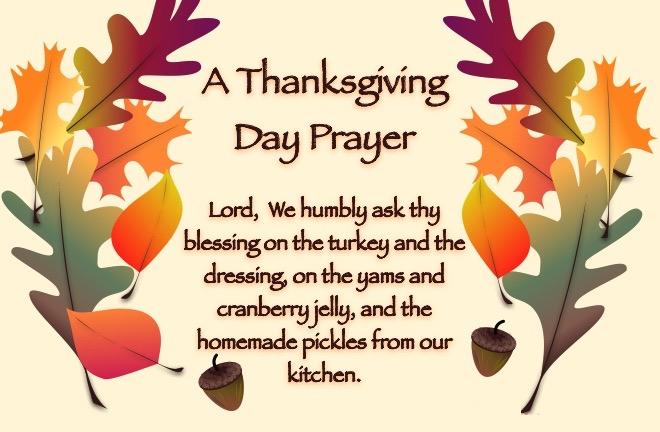 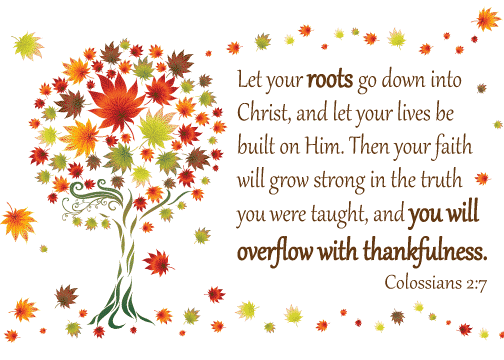